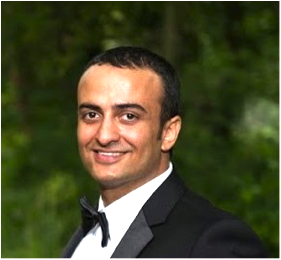 With over 15 years’ experience in construction and architecture, Iman brings a vast knowledge of what quality is in a home and an eye for design to 88West Realty.

Before his career in real estate, Iman held various positions related to the real estate industry. In 2000 after he completed technical college, he started his career as a draftsman working for an architectural firm in The Netherlands. After earning his Bachelor in Built Environment from the Avans University in Den Bosch, he started to work as an engineer and architectural designer for the same firm while studying Master of Architecture and Urban design. During the financial crisis in Europe in 2008, he began to work for the Government and worked as a senior consultant at the Permit Department of the Municipality of Oisterwijk in the south of The Netherlands. After purchasing his first home, and assisting his brothers to purchase their first homes, he became interested in real estate trading services. He soon got involved in bigger real estate trade in Europe through his connections in the real estate business industry.

After moving to Canada, Iman started working for one of the best real estate developers in West Vancouver, where he gained experience in building high-end residential buildings. The desire to design and build custom homes from the ground up, to bring to the market transferred his focus to real estate.

Iman speaks fluent Dutch, English, Persian and conversational German. He was born in Iran and moved to The Netherlands when he was a child, where he lived in a cozy picturesque village close to the German Border. He decided to move to West Vancouver after visiting Vancouver where he fell in love with both this beautiful city and the lady who he later married. Iman is interested in art, science, politics, and philosophy. He also enjoys the beauty of nature, the forests, the mountains and the ocean.

With a positive personality and attitude, and great perseverance, Iman will bring his love and passion of real estate to his clients. Whether a first time home buyer, investor or a seasoned homeowner, he is excited to assist clients in finding the right property for their needs.

HAVE QUESTIONS?
WE’D BE MORE THAN HAPPY TO HELP.

Get in touch today!